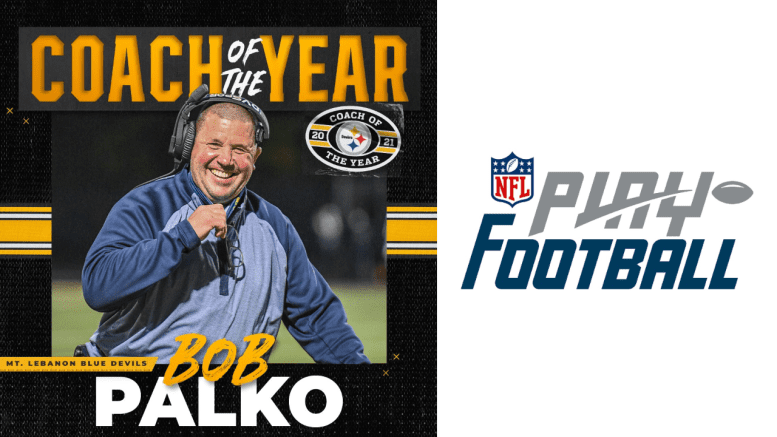 Bob Palko, head coach at Mount Lebanon, is the 2021 winner of the Pittsburgh Steelers Coach of the Year. Palko is now in the running for the Don Shula NFL High School Coach of the Year Award.

In just his third season as head coach at Mt. Lebanon, Coach Bob Palko led the Blue Devils to the WPIAL and PIAA Championships in Class 6A. The Blue Devils finished the season with a perfect 15-0 record, knocking off the three-time defending champion for the state championship. This is the first state title for Mt. Lebanon’s football program, and Coach Palko’s second after winning his first in 2001. Coach Palko is tied for the most WPIAL Championships with nine.

For the first time in 23 years, Penn Hills is a Pennsylvania high school football state champ