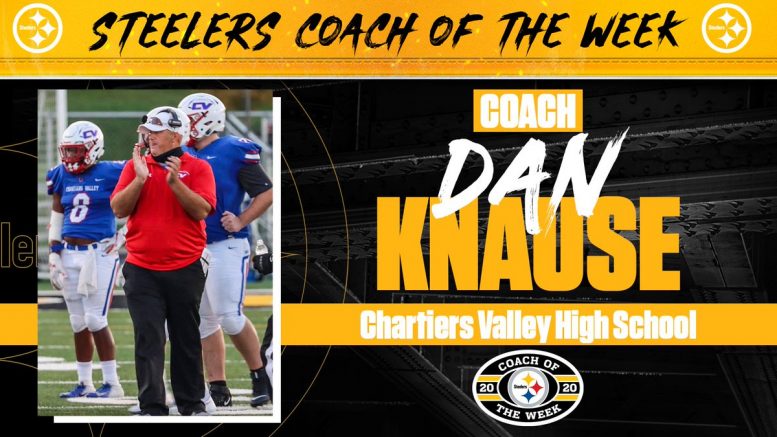 Dan Knause, Chartiers Valley’s head football coach, is this week’s Pittsburgh Steelers Coach of the Week after his team’s big 34-7 win over Montour last week. Knause, a ’96 graduate of CV, took-over at his alma mater in 2017.

Knause is hoping to turnaround the Colts’ fortunes, the same way he did at Cornell High School in four years. CV, which is moving from Class 5A to 4A this season, is hoping that last Friday’s win is the first step to the program’s first winning season since 2009.

Knause told TribLive.com, “A lot of different guys touched the ball against Montour. It’s how our offense is built. We try to take what the defense is giving us and on some of the plays, three guys can touch the ball at any point. Our players understand the success occurs in an unselfish system.”

Chartiers Valley had two players reach the century mark in rushing with junior Anthony Mackey leading the way with 152 yards on the ground.