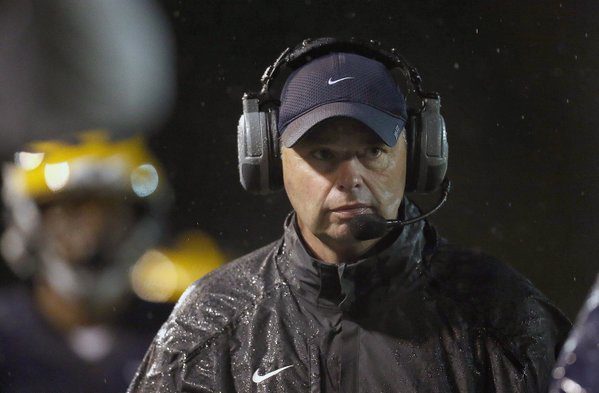 The postseason playoff ban against the Bellevue football program has been reduced from four years to two years.  According to the Seattle Times, SeaKing District 2, which overseas KingCo Conference, which imposed the four year ban, cut the postseason ban in half after Bellevue appealed the sanctions.

The Bellevue football program, which is one of eight schools in the KingCo Conference, was rocked earlier this year by a 68-page report conducted by the Washington Interscholastic Athletic Association and an independent organization, that found numerous rules violations throughout the program that has captured 11 state championships under head coach Butch Goncharoff.

In addition to reducing the postseason ban to two years, the SeaKing District 2 will allow Bellevue to play Tumwater in a non-league game that had been schedule.  Under the KingCo sanctions, the Wolverines are not allowed to play any non-league games for two years and out-of-state teams for four years.  The team also can’t accept any support from its booster club for four years.