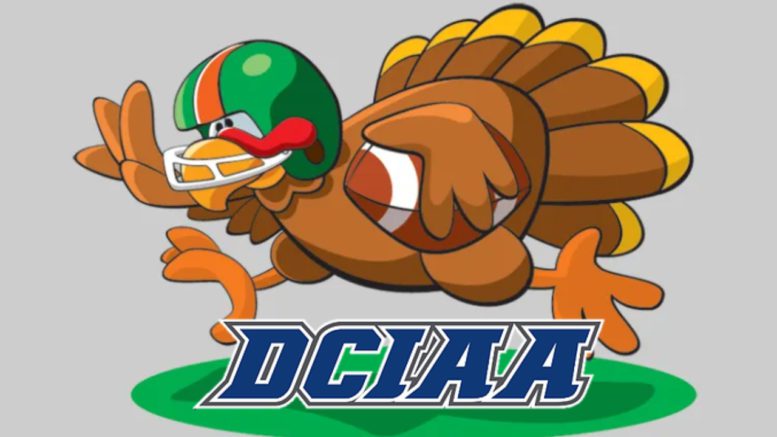 Before the nation’s capital eats Thanksgiving Dinner, the District Interscholastic Athletic Association will serve-up its high school football holiday tradition known as the Turkey Bowl that turns 50 years old Thursday. H.D. Woodson will square-off with Dunbar for the DCIAA championship.

This will be the third time that these two powerful D.C. public schools have battled this year. Woodson, which will be going after its sixth Turkey Bowl title in the last seven years, won the last meeting 6-0 in early November in four overtimes. Dunbar won the October 4 game 26-14.