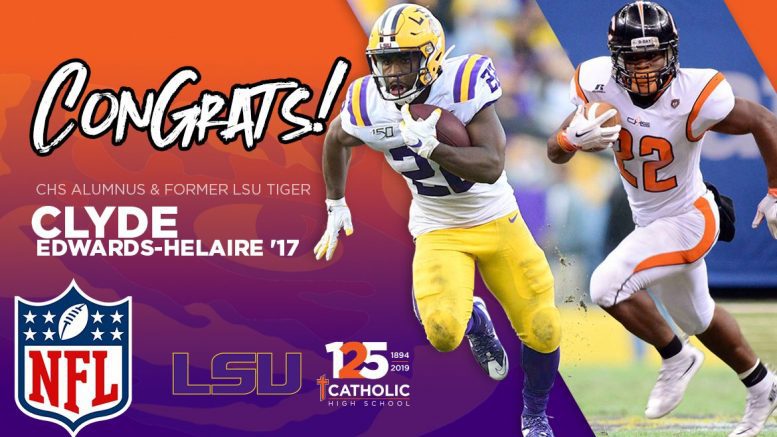 Edwards-Helaire, a 2017 graduate of Catholic High School, was the Chiefs first round draft pick in the 2020 NFL Draft.

In 2013, Weiner made Catholic High history when he put Edwards-Helaire on the varsity squad, making him the first freshman to play on Friday nights for the Bears.

In the podcast below, Fertitta talks about what happened the first time Edwards-Helaire touched the football in a regular season game.

Edwards-Helaire is just another in a long-line of Catholic ball carriers to make it to the NFL. The others are: Karl Bernard, Warrick Dunn, Derrius Guice, Travis Minor and Jeremy Stewart.