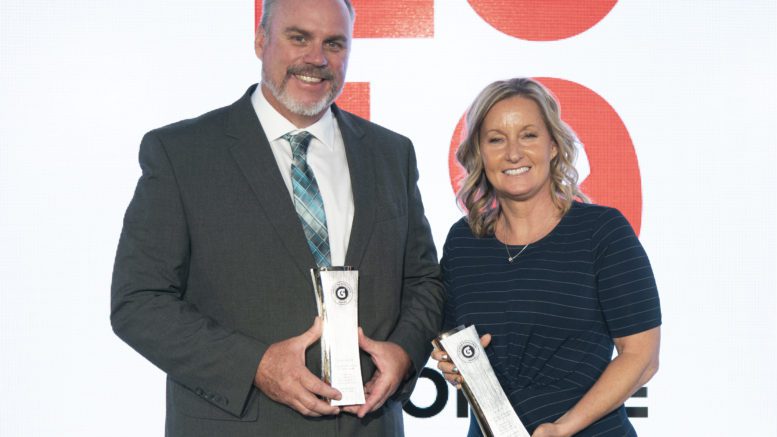 Lake Hamilton (Pearcy, Arkansas) head football coach Tommy Gilleran is the 2019 winner of the Gatorade Coaching Excellence Award. It was established in 2016 to honor the best and most dedicated high school coaches across the country who have made a particularly impressive positive impact on the lives of their student-athletes and whose commitment to the coaching profession goes far beyond the game.

Earlier this month, Gilleran and Sue Phillips, the women’s basketball coach at Archbishop Mitty (San Jose, California), were honored as the male and female coaching winners of the award at the Gatorade Athlete of the Year Dinner in Los Angeles, California. Gilleran and Phillips walked the red carpet at the 2019 ESPYS on July 10.

“We are proud to honor two individuals whose hard work and dedication to their players’ success extends far beyond the hardwood and turf,” said Jeff Kearney, Global Head of Sports Marketing for Gatorade. “For Sue and Tommy, coaching doesn’t stop at the final whistle, but continues through the lasting impact they have on young women and men.”

Below you can listen to my interview with Gilleran, who is heading into his third year as head coach at Lake Hamilton, which is his alma mater. Before coming to Lake Hamilton, Gilleran was the head coach at Fountain Lake where he won the 2009 Arkansas Class 3A state championship.

So You Want to Coach Football in Texas