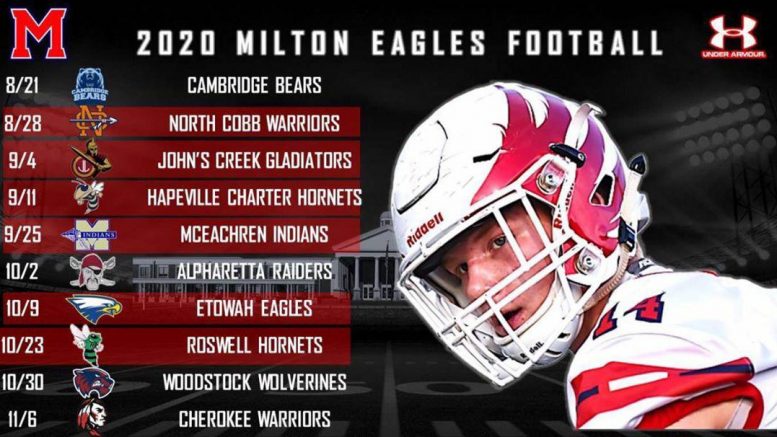 As I mentioned Saturday, I had to pump the brakes on the release of the 2020 Preseason High School Football America 100 rankings, because of all of the changes taking place with schedules due to the coronavirus pandemic.

Milton High School in Georgia is one of those teams that had to act fast when three out-of-state matchups were cancelled. Athletic Director Gary Sylvestri joins me on the High School Football America Podcast to talk about how he was able to reschedule those three matchups with games against Georgia opponents and how things are going with the Eagles’ practices as the program heads into Phase 3 after quarantining.

Milton’s game against Maryland’s Good Counsel has been filled with Johns Creek. Johns Creek was able to fill that September 4 game, because its trip north to play New Jersey’s Don Bosco Prep was cancelled.