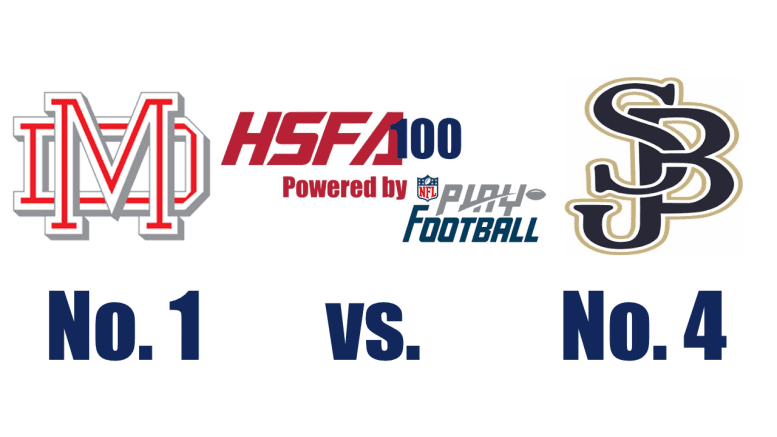 It could be said that the chase for the 2021 High School Football America national championship begins Friday night in Southern California. It took four minutes for tickets to sell-out for the showdown between top-ranked Mater Dei (3-0, 0-0 Trinity League) and No. 4 St. John Bosco (5-0, 0-0 Trinity League) that should give the winner a good shot at adding another national title.

There’s a good chance that both would have been in the hunt last year, if California held a postseason, instead of only playing a six-game regular season this past spring because of the coronavirus pandemic.

In the spring game between the two, Mater Dei beat Bosco 34-17 behind quarterback Elijah Brown’s 203 yards passing with four touchdowns. Brown is just a sophomore with eight total games of varsity experience behind him.

In addition to playing their regular season Trinity League game, from 2016 through 2019, the Monarchs and Braves have also met again in the CIF Southern Section championship game with both teams winning two of those four contests.