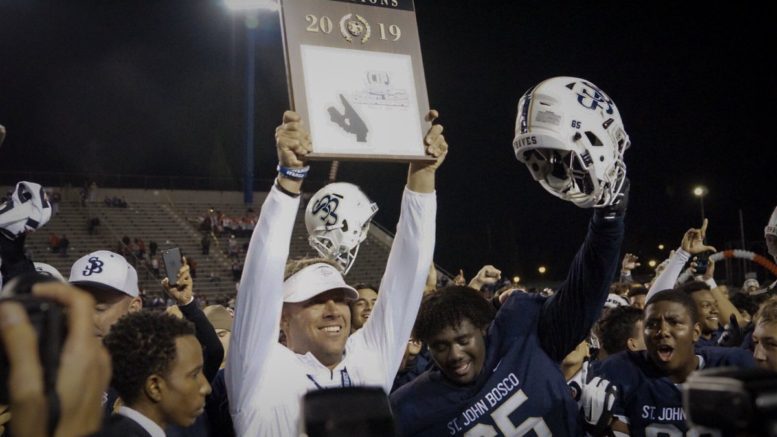 Early Thursday morning, I spoke with Bosco head coach Jason Negro about the showdown. Please note, there are some drops in the audio in the interview because of a bad phone connect. We apologize for those drops.

Since High School Football America began using its proprietary algorithm in 2013 to rank teams, only St. John Bosco has finished every season in our Top 25.

Listen to past podcasts and radio show

MaxPreps honors California’s St. John Bosco as #1 in the nation