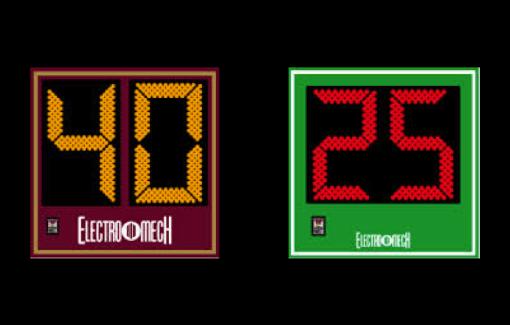 Colorado’s decision to experiment with a 40-second play clock this year in high school football is the basis of a new High School Football America poll on Twitter that asks, “Do You Think a 40-second Play Clock is good for High School Football?”  Except for Colorado, Indiana, Michigan and Texas, all other states use a 25-second play under which an official has to signal to start the play clock after marking the ball ready for play.  With the 40-second clock, it runs as soon as the previous play ends.

Cast your vote for whether you think all of high school football should change to a 40-second play clock that is being used experimentally in Colorado, Indiana and Michigan.

Do you think a 40 second play clock is good for high school football?

Texas, which follows NCAA rules, has been using the 40-second play clock since 2014.  It’s possible that the National Federation of State High School Associations, which sets the rules for 48-states and Washington, D.C., could make a rule change that would require all states to use a 40-second play clock.

Below is a sampling of opinions from those that have voted in a poll question:

@HSFBamerica I had concerns about changing over to the 40 sec clock but it was a smooth transition. It works well for HS Football!

@HSFBamerica Love this! Texas was the 1st state I have coached in to use it (aside from college). It is great. Hope all 50 start using it!

This idea is horrible. Recruiting schools get even more benefit. What looks “cool” on Sat. doesn’t always fit HS! https://t.co/122Zk3BPIm