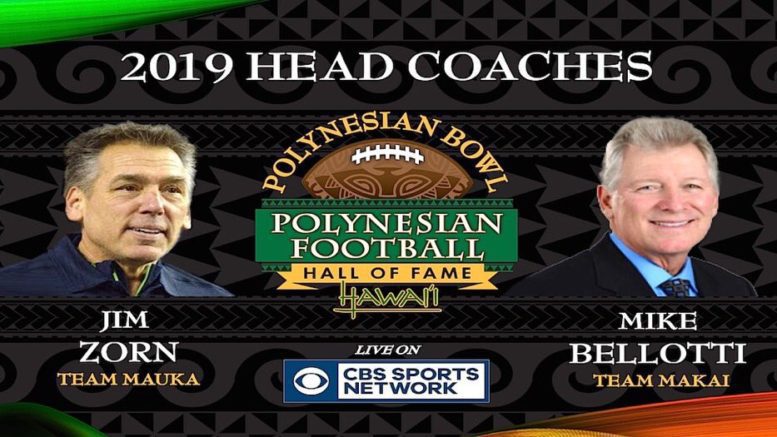 Mike Bellotti will serve as Head Coach for Team Makai (Ocean). He owns a career record of 137-80-2 at the University of Oregon and Chico State.

Zorn will serve as Head Coach for Team Mauka (Mountain). He played for twelve years in the NFL with over 21,000 yards and 111 touchdown passes. Zorn served as head coach of the Washington Redskins in 2008 and 2009.

“The Polynesian Bowl has become one of the premier high school all-star games in the nation overnight,” said Bellotti. “I’m excited to be part of this special celebration of football and culture.”.

“It’s going to be an incredible experience to coach the nation’s top players in paradise,” said Zorn. “It doesn’t get much better than football in Hawai’i.”

The Polynesian Bowl is one of the premiere high school football all-star games that features 100 of the top high school players in the nation.. This year’s game will be held on Saturday, January 19, 2019 at Aloha Stadium in Hawaii and will be televised live on CBS Sports Network.