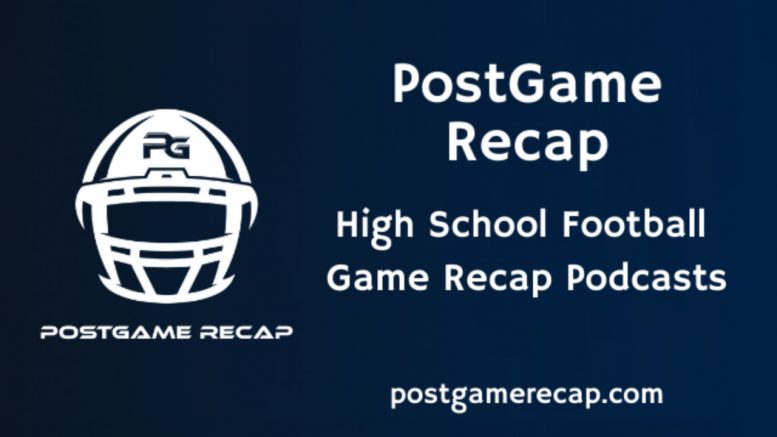 It’s an exciting week for our partners at PostGame Recap or PGR. Starting this weekend, PGR will begin its weekly high school football podcasts from Arkansas and Missouri. Both states open the 2020 regular season this weekend.

PostGame Recap is the brainchild of Kevin Prewett, who has developed a funding strategy that includes pairing local businesses with schools that want an individualized podcast. The best part is there isn’t a cost to the team or the school.

In its first-year, PGR is focusing on Arkansas and Missouri, but the plan is to expand nationally by 2021.

Below are the schools that will be featured throughout the 2020 season:

Benton Panthers – finished No. 9 last year in the High School Football America Arkansas Top 10. The Panthers lost to Searcy 28-27 in the 6A state championship game.

Greenbrier Panthers – Greenbrier, which plays in 5A, is coming-off a 5-5 season.

Salem Greyhounds – Salem is coming-off a 10-2 season in 2019. The Greyhounds advanced to the Class 3A state semifinals before losing to eventual state champ Fordyce.

Bolivar Liberators – after a perfect regular season, Bolivar advanced to the third round of the Class 4 playoffs where the Liberators lost to eventual state champ Webb City.

Camdenton Lakers – The Lakers were perfect during the regular season and advanced to the state quarterfinal round in Class 4 where they lost to eventual state champ Webb City.

Lebanon Yellowjackets – Lebanon finished 9-3, losing to Camdenton in the third round of the Class 4 playoffs.

Mount Vernon Mountaineers – After a perfect regular season, the Mountaineers lost in the second round of the Class 3 playoffs

Mountain Grove Panthers – lost to eventual Class 2 runner-up Ava in the first round of the Class 2 playoffs.

Salem Tigers – Salem was 7-4 last year, losing to Blair Oaks in the second round of the Class 3 playoffs.

Washington Bluejays – Washington was 10-2 in 2019, advancing to the second round of the Class 4 postseason.

If you’re a Coach or a team and you want to learn how to get your own podcast, go to the PostGame Recap website at postgamerecap.com to sign-up. Sponsors and student broadcasters can also sign-up on PGR’s website.

Once the season starts, you can listen to and subscribe to the PostGame Recap podcasts on iTunes, Spotify, Google Podcasts and many other podcasting platforms. In addition, select episodes will also appear on High School Football America.