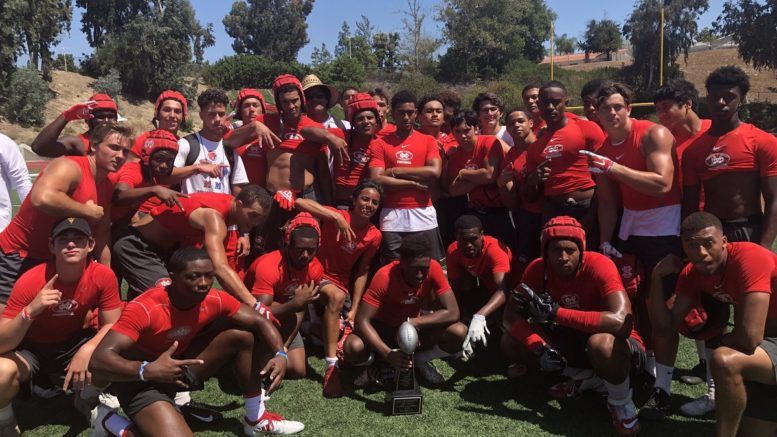 For the second straight weekend, Mater Dei, ranked No. 1 in the High School Football America Preseason 100, beat out some of the top teams in Southern California and the nation in a 7 on 7 passing tournament. The Monarchs beat Trinity League foe St. John Bosco, ranked No. 4 in our preseason national rankings, to capture the 24th annual South County Passing Tournament and Lineman Competition at Mission Viejo High School.

In the championship game, MD’s Bryce Young tossed two touchdown passes to Kody Epps and one to Braedin Huffman-Dixon in the title game.

Mater Dei beat Mission Viejo, the team it beat in last week’s Battle at the Beach final, in the semifinals, while Bosco defeated No. 40 Corona Centennial in the semis.

The 16 team tournament featured six teams from the Preseason 100. Aside from Mater Dei, Bosco, Mission Viejo and Corona Centennial, the field also featured No. 42 Orange Lutheran and No. 76 Narbonne.

MaxPreps honor’s St. John Bosco as #1 in the nation