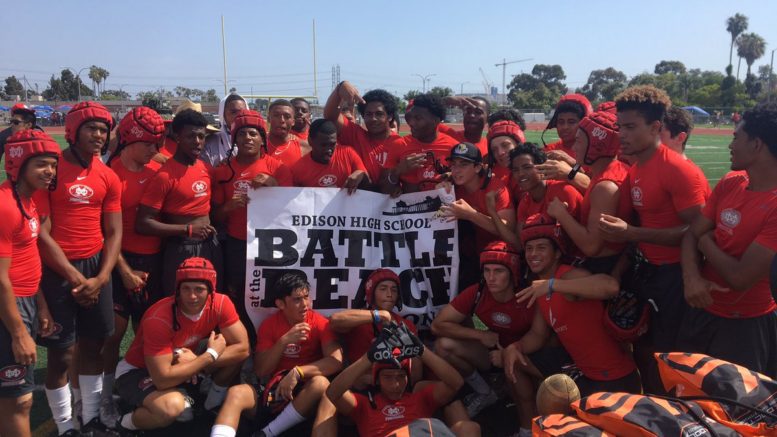 Mater Dei, ranked No. 1 in the High School Football America Preseason 100, showed it was ready for the 2018 season on Saturday by winning the Battle at the Beach 7 on 7 passing tournament at Edison High School in Huntington Beach, California. It was the third straight year that the Monarchs captured the title at one of the top passing tournaments west of the Mississippi.

The #Monarchs are champions of the Battle at the Beach passing tournament for third year in a row! #COMMITTED pic.twitter.com/y4qfvQ43tk

The Battle at the Beach featured six teams teams ranked in the Preseason 100 — Mater Dei, No. 4 St. John Bosco, No. 29 Mission Viejo, No. 40 Corona Centennial, No. 42 Orange Lutheran and No. 76 Narbonne. Only Corona Centennial and Narbonne didn’t advance to the championship bracket.

The championship bracket for the Battle at the Beach 7on7 passing tournament @ocvarsity @ocvarsityguy pic.twitter.com/yYKccrHsy1

Blind Long Snapper gets a shot at the next level