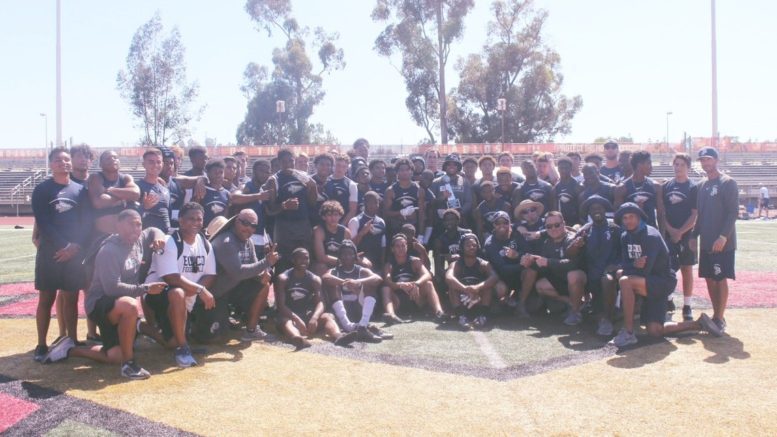 A couple of weeks after losing to High School Football America Preseason 100 No. 1 Mater Dei (Santa Ana, California) at the Battle at the Beach, No. 2 St. John Bosco (Bellflower, California) got revenge against their Trinity League rivals.

Bosco, with Clemson-bound D.J. Uiagalelei at the helm, beat the Monarchs 35-28 in the semifinals of the South County 7-on-7 passing tournament at Mission Viejo High School. The Braves then captured the championship with an easy 43-14 win over Corona del Mar that received Honorable Mention in our national rankings.

“Whenever you’re in a tournament like this, it’s about the stops. It’s not necessarily about the scoring because everybody in passing league can kind of score.”

The tournament featured seven SoCal teams ranked in our Preseason 100. In addition to Mater Dei and St. John Bosco, the field included No. 13 Corona Centennial, No. 40 JSerra, No. 44 Orange Lutheran, No. 48 Narbonne and No. 71 Mission Viejo.