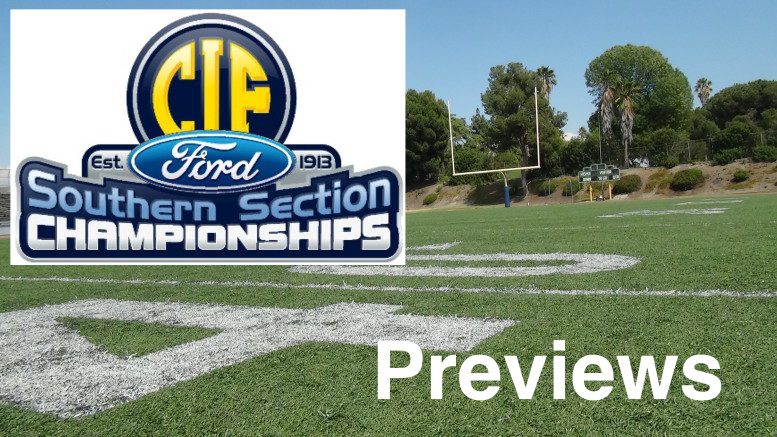 La Serna (11-2) is looking for its second title in three years, while La Mirada hasn’t won a CIF-SS football title since 2009.

La Serna is led by senior quarterback Jonathan Ceballos, who completed 133 of 226 passes for 1,935 yards with 15 TDs and six interceptions.  Running back Anthony Garcia has rushed for 1,334 yards and 20 touchdowns.

La Mirada, which played a brutal non-league schedule that included nationally-ranked St. John Bosco and Mater Dei from the Trinity League, plus Charter Oak and San Clemente, who are both playing for CIF-SS championships this weekend, is riding a nine game win streak.