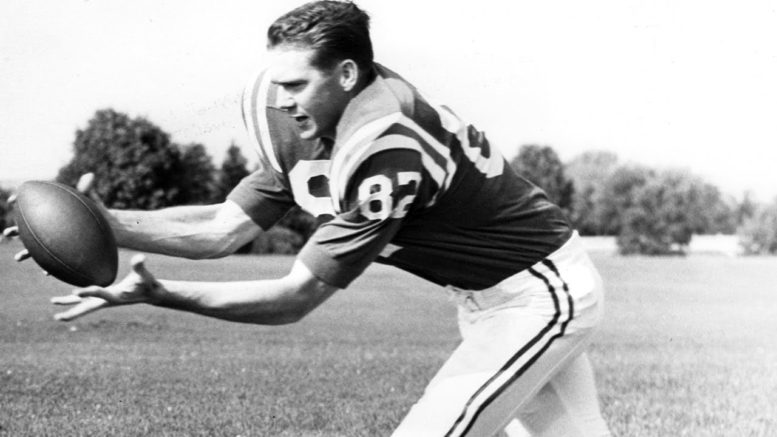 Pro Football Hall of Fame receiver Raymond Berry is the son of a high school football coach. Berry played for his dad Raymond Sr. at Paris High School, the same town that produced College Football Hall of Fame coach Gene Stallings. Berry, who himself went on to be a football coach, leading the New England Patriots to Super Bowl XX against the Chicago Bears, told me that the importance of high school football can’t be understated.

Listen to what Berry, who will be featured in my upcoming book High School Football in Texas: Amazing Football Stories From the Greatest Players of Texas, had to say about the sport on today’s 2 Minute Drill podcast.

Listen to Raymond Berry on the 2MD

You can pre-order the book now online at Amazon and Barnes and Noble, so that it ships right away on September 4.