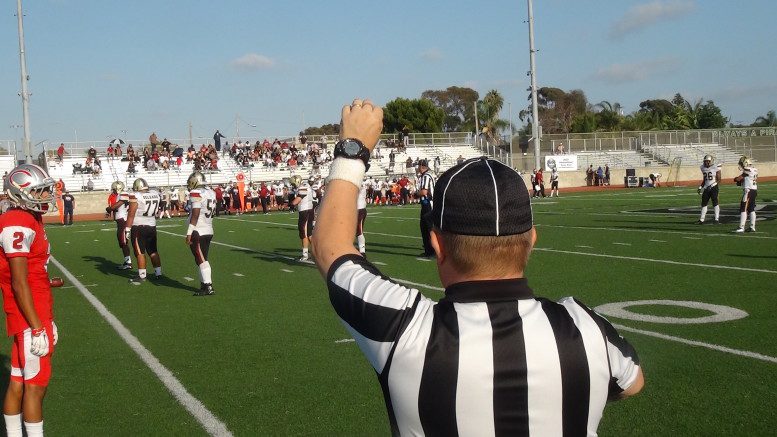 Sgt. Tom Dillard of the Marble Falls Police Department in Texas says the local prosecutor has been brought into the investigation Friday night’s game between between Marble Falls High School and San Antonio John Jay High School, in which two players from John Jay targeted one of the game officials and blindsided him, knocking him to the ground.

Sgt. Dillard tells me that police have conducted their preliminary interviews and watched the video of the incident.

As of right now, the above video has been viewed nearly 7-million times.

The Austin American Statesman released the name of the official.  He is Robert Watts, a 14-year veteran wearing the striped shirt.

TexasHSFootball.com, a partner with USA TODAY High School Sports, which is also a partner with High School Football America, spoke with Watts, who said, “I like to keep my officiating quiet; unfortunately this will be big news. Libel and slander have already been committed against me. I will be contacting the appropriate people soon and any statement from me will come at a later date.”

Both players, who were ejected from the game, have been suspended from the John Jay team.

Sgt. Dillard says the local prosecutor will determine whether charges will be filed. As of this morning, no charges have been filed against the players. Dillard says they hope to make an announcement in the case later this week.