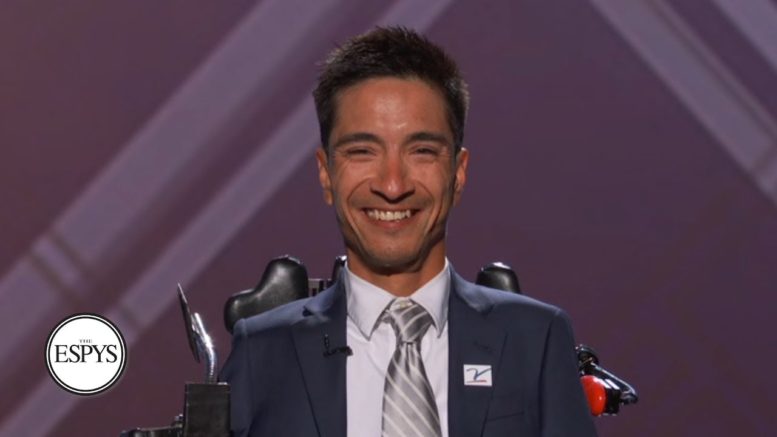 For those of you not familiar with Mendez’s story, he was born without limbs due to a rare disorder called tetra-amelia syndrome. He loved the game of football and learned the game’s fundamentals while playing the Madden video game.

As a freshman in high school, Mendez became a manager for his high school football team. Working hard, as a senior he became the team’s quarterbacks coach.

That started his dream of going further in the profession. He spent 12 years serving as an assistant coach with several local high school programs. Then his big break came last year when Prospect head coach Mike Cable named Mendez as his Junior Varsity head coach at Prospect.