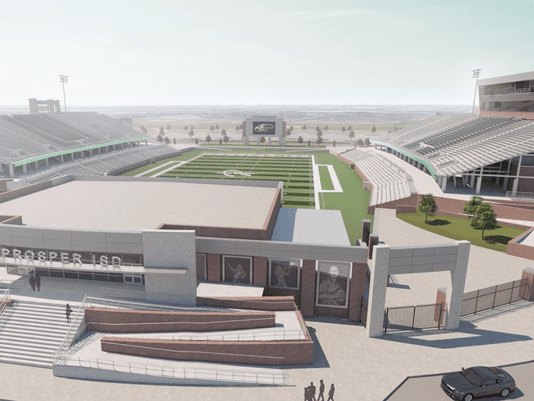 Another Texas school district is building a multi-million dollar stadium. The Prosper Independent School District announced earlier this week that it’s going to build a new stadium and natatorium for $48 million.

The new stadium will seat 12,000 fans. Groundbreaking is expected to be early next year.

Money for the stadium will come from a $710 million bond issue that is already on the books.