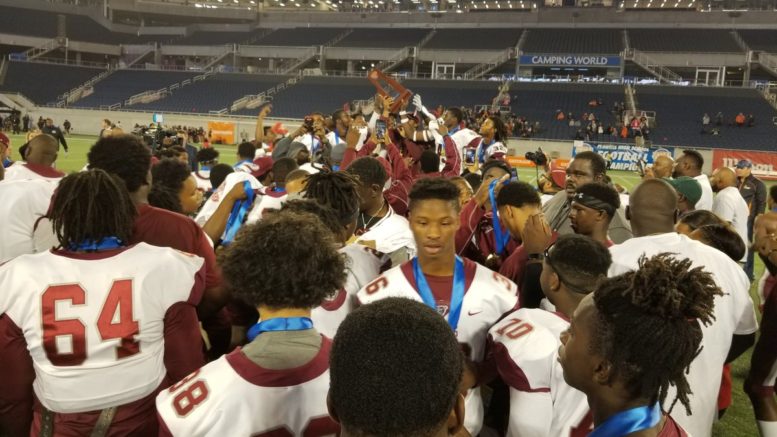 Raines’ defense was outstanding, limiting the Tigers to just 153 yards in total offense.

20 year wait is over. Raines has won the state football title!#TeamSideline pic.twitter.com/ldsGdLPn0v

Brandon Marshall erupted on a 72-yard touchdown run for Jax Raines in the first quarter. They lead Cocoa 6-3 and if they Vikikngs hang on, they will capture their second state football title. pic.twitter.com/pi1xNGEjGY