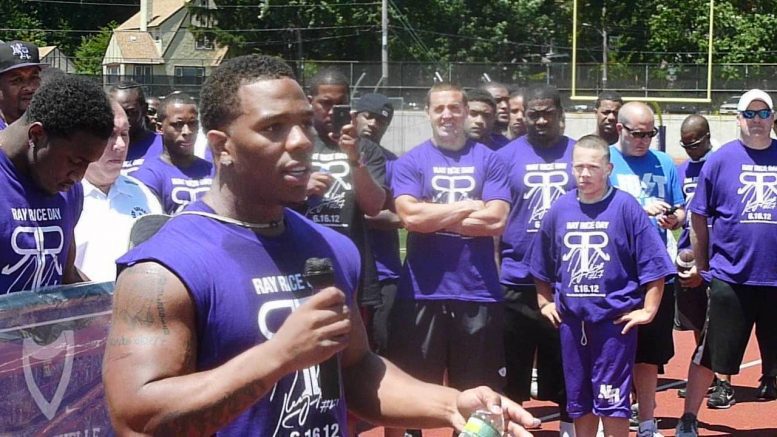 After several seasons of helping-out at his alma mater, former NFL running back Ray Rice is now a coach at New Rochelle High School in New York.  According to The Journal News, which is part of the USA TODAY network, Rice, who was released by the Baltimore Ravens after he was arrested for assaulting his then-fiancee Janay in 2014 in an Atlantic City casino elevator, is now New Rochelle’s running backs coach, plus he’ll help-out with the team’s secondary.

Rice began working with the team while he was suspended from the NFL for the incident.  The NFL reinstated Rice on November 28, 2014, but no team has tried to sign him.

Since 2014, Rice has been very active speaking-out against domestic violence.  He has also married Janay and according to The Journal News‘ story, the two have attended several New Rochelle sporting events together.