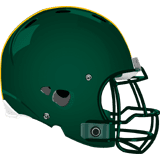 by David Mika of EasternPAFootball.com

Easton got the first points of the night. A bad snap sailed over the Vikings’ punter out of the end zone and Easton went up 2-0 after the safety. Central took the lead on a 27-yard field goal by Colin Fasolka with 11:20 remaining in the first half, the Vikings led 3-2.

The first touchdown of the night was a 31-yard pass from Trey Durrah to Richard Tattoli. Durrah’s pass to Nysir Minney-Gratz for the two-point conversion put the Red Rovers up 10-3.

The Vikings answered. The drive went 81 yards on six plays for the 38-yard field goal by Fasolka with 2:15 left in the first half.

The big play of the first half happened when Easton returned the kickoff but fumbled the ball to the Vikings. It was recovered by Central’s Fasolka on their 45 and two plays later, Persa hit Dallas Kassis for the 49-yard touchdown pass with 1:32 left in the first half. The Vikings went into halftime with an 13-10 lead.

After both defenses shined in the first half, both teams offenses would kick in high gear in the second half. It was the Vikings special team play that surprised Easton with an onside kick, that was recovered by Tom Murphy. On the next play, Persa found Murphy for the 35-yard pass play to the Easton four. Alvin Pacheco finished off the drive with a four-yard run.

“It’s a play we always have in our back pocket,” said head football coach John Cupples. “We can do various things from our kickoff looks. It’s a huge credit to the kids to make that play.”

Easton would answer the Vikings drive, going 67 yards. Minney-Gratz had a 19-yard run with 6:29 left in the third quarter that pulled the Red Rovers within two.

To not be out done, Central Catholic put together a 71-yard drive capped off by a Persa to Thomas Kleppinger 17-yard touchdown pass. The Vikings led 26-17.

Just like a good prize fight, the Red Rovers countered back with an one-two punch. Trey Durrah’s passing attack along with Minney-Gratz, finished the drive off with a 12-yard run with 10:55 remaining in the game. The Red Rovers were down, 26-24.

Central Catholic’s defense cranked it up in the fourth quarter. Murra’s big sack with under eight minutes to play forced Easton to punt. The Vikings made another big stop with 2:08 to go in the game. Damien Ganchoso’s sack late in the game helped preserve the win.

“Our defense was huge tonight,” said Cupples. “They knew we had to come out fighting and that’s what they did. That last stand was the game for us.”

Note: Persa finished the night passing for 201 yards on 14 of 19 passing and two touchdowns. Pacheco rushed for 122 yards and a score.

‘Tonight we wanted to get the running game going and open up the passing game for us tonight,” said Cupples. “We did that tonight. Persa is getting better each game.”

One of the big moves before the game was putting Tom Murphy to outside receiver from slot position. After having no catches in 2015, he caught eight passes for 117 yards.

“Murphy did a great job for us tonight,” said Cupples. “He really stepped up tonight and made plays on both sides of the ball. He made key catches for us when we needed to move the chains.”

Kicker Colin Fasolka hit two field goals of 27 and 38 and his only hicup was a missed extra point in the third quarter.