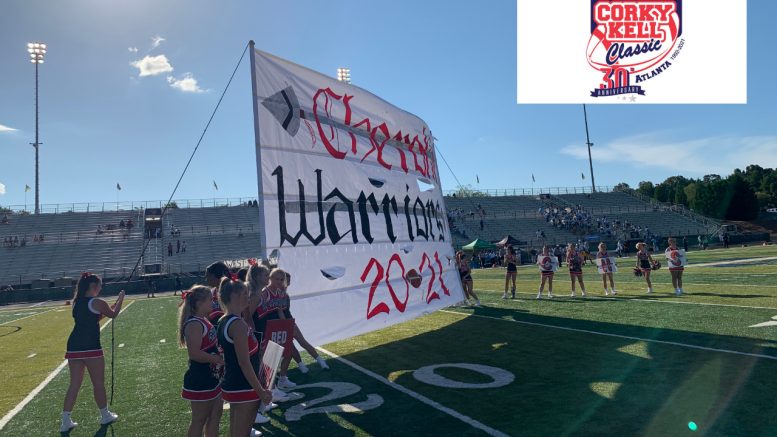 After a year off due to the coronavirus pandemic, the 30th annual Corky Kell Classic didn’t disappoint. In fact, in most cases, it opened a lot of eyes as to which teams are going to be in the hunt for a deep run into the postseason.

The four-day, 11-game event featured 13 teams in the 2021 Preseason High School Football America 100 powered by NFL Play Football, the NFL’s initiative to provide fun and engaging experience for players of all ages and skill levels. When the curtain fell, No. 13 Lowndes and No. 179 Parkview and No. 189 North Gwinnett got early wake-up calls when they tasted defeat.

On the other hand, Walton, which started as an honorable mention, and unranked Mill Creek left Mercedes Benz Stadium on Saturday with high-hopes after impressive wins.

Below is a recap of every game.

West Forsyth pulled away from Atlanta Carver in the second half to capture a 38-8 victory. With just a 7-0 lead at the half, quarterback Keegan Stover took control in the second half. On the night, he tossed four touchdown passes.

Cherokee began the year as an honorable mention team in our national rankings.

Throughout 2021, High School Football America is featuring Cherokee in a series called Hometown Team. HSFA is based in Canton, Georgia.

You can read the complete game story by clicking here.