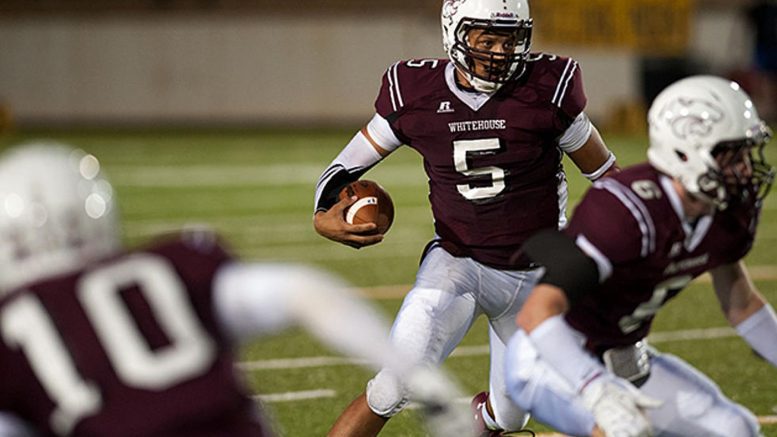 With the National Football League’s 2020 season opening Thursday in Kansas City, we thought it would be fun to look at Patrick Mahomes II’s incredible high school career…on the gridiron and on the baseball diamond and on basketball court.

The reigning Super Bowl Most Valuable Player enters his fourth NFL season with even more expectations, but that’s nothing new for Mahomes. It all began with being the son of a former Major League Baseball pitcher.

Pat Mahomes, Sr., who pitched in the majors from 1992 through 2003 for six different teams, raised his son around the game. Patrick’s godfather LaTroy Hawkins was also a veteran MLB pitcher.

On social media, there are plenty of photos of a very young Patrick enjoying spending time in MLB parks with his dad.

.@PatrickMahomes’ dad was an MLB pitcher for 13 years so he grew up around the game.

Patrick’s baseball career blossomed prior to his football career. As a teenager, Mahomes played on a team from east Texas that finished runner-up in the 2010 Junior League Baseball World Series.

At Whitehouse High School in Whitehouse, Texas, Patrick played baseball, basketball and football. In baseball, Mahomes was a pitcher, like his dad, and played every position but catcher on the diamond.

According to multiple media reports, the younger Mahomes’ fastball topped-out in the low-90’s. During his senior season on March 11, 2014, Mahomes struck-out 16 of 21 batters faced in a no-hitter against future Chicago White Sox pitcher Michael Kopech, who only allowed two hits in the contest. 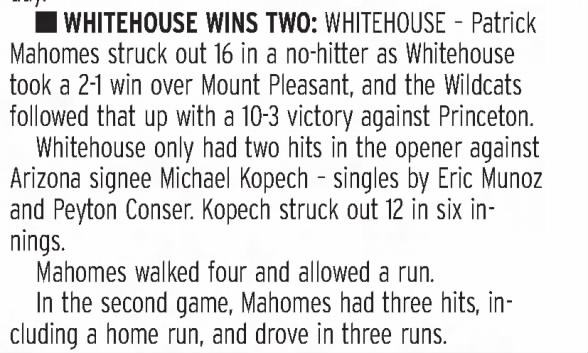 In the 2014 Major League Amateur Draft, Mahomes II was chosen by the Detroit Tigers in the 37th round, even though he said he was definitely heading to Texas Tech in Lubbock, Texas to play both football and baseball.

While Mahomes’ high school basketball career wasn’t a long one, he was darn good at that sport as well. As a junior he averaged 19.9 points per game, 6.7 rebounds, 3.4 assists with four steals per game.

On the gridiron, Patrick was a two-year starter at quarterback for the Whitehouse Wildcats. As a sophomore, Mahomes was a starter at safety. 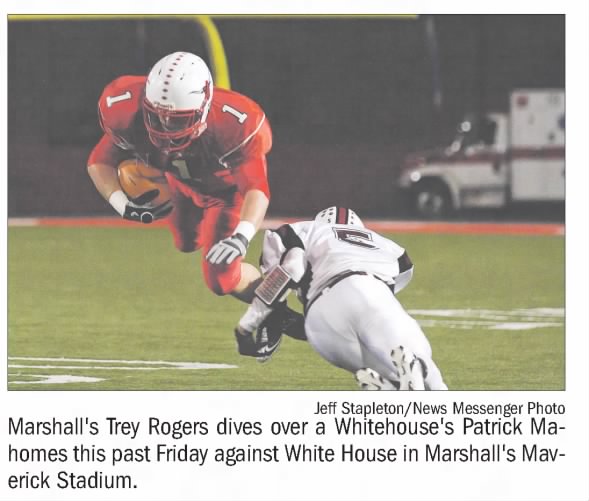 As the Wildcats’ starting QB, Patrick was considered a 3-star dual-threat recruit. During his senior season in 2013, he put-up incredible numbers with his arm and his legs, passing for 4,619 passing yards with 50 touchdowns and rushing for 948 rushing yards 15 scores.

After leading Whitehouse to the third round of the 4A playoffs in 2013, Mahomes was named the Texas Associated Press Sports Editors’ Player of the Year.

You can watch the Chiefs played the Houston Texans on NBC on Thursday night at 8:20 Central Time.

Read: Chief GM Brett Veach honored by high school with a street named after him