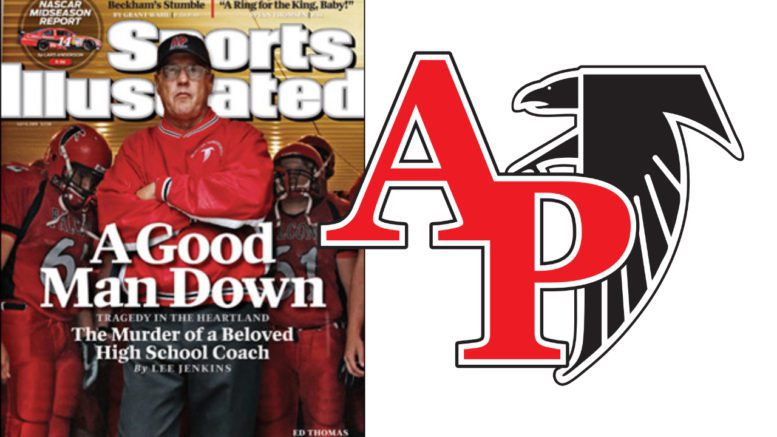 On June 24, 2009, the high school football community lost a man that could have been the leader of young men in AnyTown, USA, but in this case, Ed Thomas was the head football coach at Aplington-Parkersburg High School in Iowa. On the 10th anniversary of his murder by a former student-athlete, Thomas is being remembered, not only in the small Iowa towns where he was a teacher and a coach, but by media outlets across America.

The beloved 58-year old coach was more than a man who won 292 games and two state championships. Thomas taught social studies, plus he served as activities director at the high school. He also taught scores of teenagers how to drive as the school’s driver’s education teacher.

While there was more to Thomas than football, he did love his football field, which is now named in his honor.

To honor Coach Thomas’ memory, below you can listen to a 2011 High School Football America Radio show interview with Mark Tabb, co-author of the book called The Sacred Acre.

What is the Sacred Acre?

In May 2008, an F-5 tornado struck the town of Parkersburg, killing eight people and destroying 250 homes and businesses. The following day, Thomas predicted — ‘God willing, we will play our first home game here on this field this season.’

According to the book, one hundred days later, the home team scored a victory on the field they dubbed ‘The Sacred Acre.”