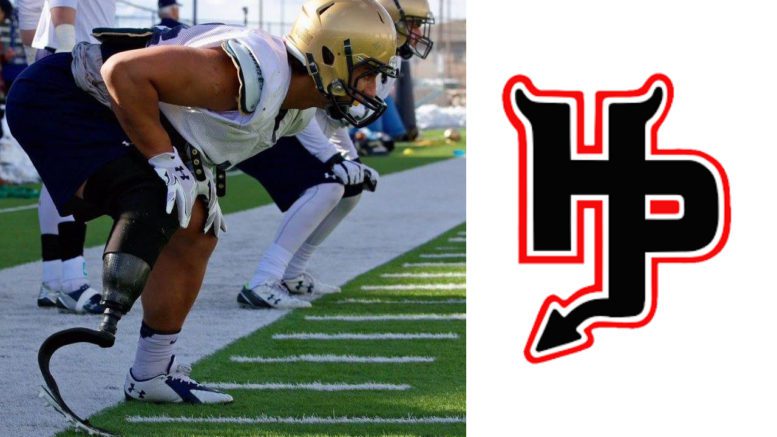 It’s Rewind Wednesday, the day we turn back the clock to re-live some of our listeners’ favorite High School Football America Radio Shows.

Today, we turn the clock back to our show on September 5, 2013. On that show, I talked with Koni Dole of  Huntley Project High School (Worden, Montana) while he was standing in the middle of the national media spotlight after an incredible return to the Montana high school football field less than a year after having his right leg amputated below the knee after being injured in a game during his junior year.  In his first game back, Dole scored two touchdowns.

On our show, Dole, who returned to the sport playing on an athletic blade, talked about his desire to still play college football.  Dole’s dream is alive and well today as a member of the Montana State football team. At the time of his injury, Dole had been offered a preferred walk-on spot with the Cougars.

After redshirting during his freshman year, Dole, who was 6-0, 210-pounds, entered the 2015 season as the Cougars’ third Mike linebacker, according to the team’s website.  As a freshman, Dole was Defensive Scout of the Week and Special Teams Scout of the Week.  He also won the team’s Don Hass Most Inspirational Award.

In Montana State’s first game of the season this year against Fort Lewis, Dole saw his first action as a college linebacker. He played three total games that year without any stats. He played in one game in 2016. Dole left the team before the 2017 season.