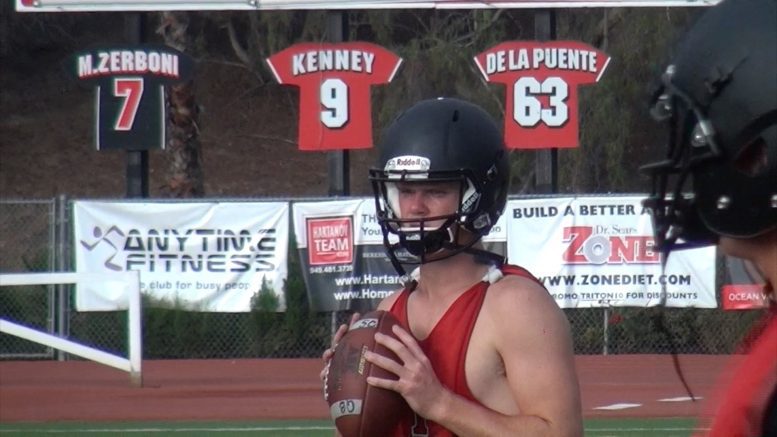 While he was still a ways away from becoming an National Football League quarterback, you could always tell that Sam Darnold had the ability to play on Sunday.

On today’s Rewind Wednesday, we go back to 2014 when Darnold and the San Clemente Tritons in Southern California were opening fall camp. Darnold spoke with High School Football America co-founder Jeff Fisher about his recent appearance at the Elite 11 quarterback competition.

Watch the interview with below.

During his high school career, the current Carolina Panthers quarterback completed over 67-percent of his passes with 46 touchdowns against only eight interceptions. Darnold, who missed all but three games of his junior year due to injury, averaged 6.3 yards per carry, rushing for 1,250 yards during his Triton career with 19 touchdowns.

Which SoCal high schools had the most players on NFL Kickoff Weekend rosters?