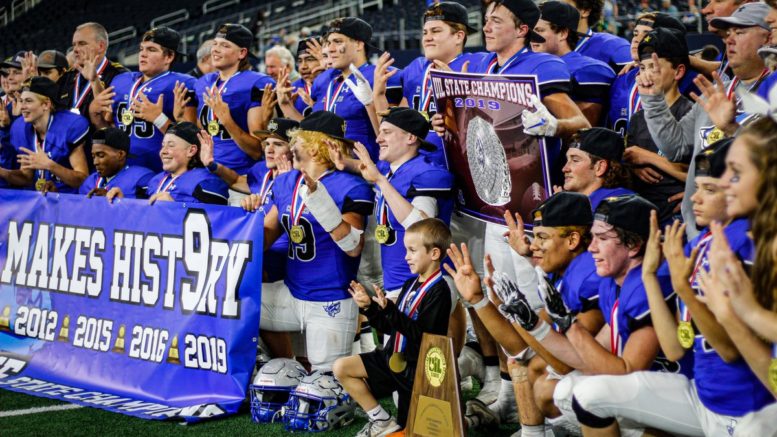 Richland Springs demolished Motley County 62-16 to win the Texas Class 1A Division II state championship at AT&T Stadium. It’s the school’s ninth overall state championship, which is the most for any 6-or-11-man team.

Richland Springs running back Jake Richards rushed for 187 yards with a touchdown to set a new 6-man single-season rushing record with 4,081 yards.

Shortage of football officials in Amarillo