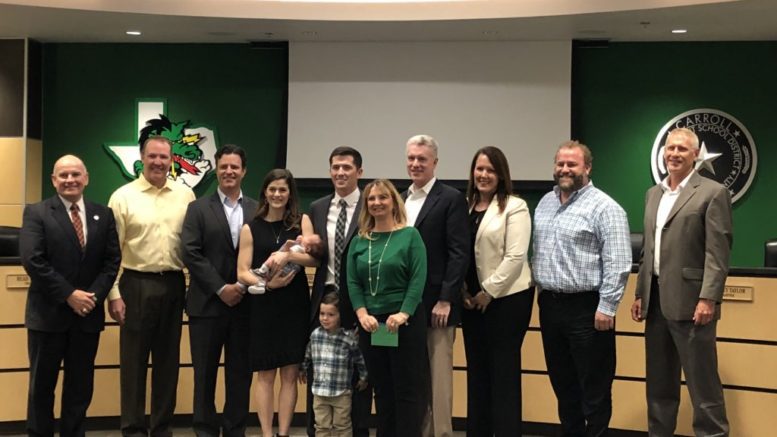 As was reported last week, Riley Dodge is the new head football coach at Southlake Carroll High School (Texas). The 29-year old Dodge, who led the school to a state championship and “mythical” national championship in 2006, was announced as the school’s new football leader at Monday night’s school board meeting.

Dodge is the son of Todd Dodge, who led the Dragons to national prominence from 2000 to 2006 with a 98-11 record with four state titles.

Last season, Riley Dodge was the offensive coordinator at Justin Northwest. This will be his first head coaching job.

Dodge played and won a State title at Southlake as a quarterback. His father Todd led Southlake to four state titles when he was the coach. pic.twitter.com/hZWiBhrzP8