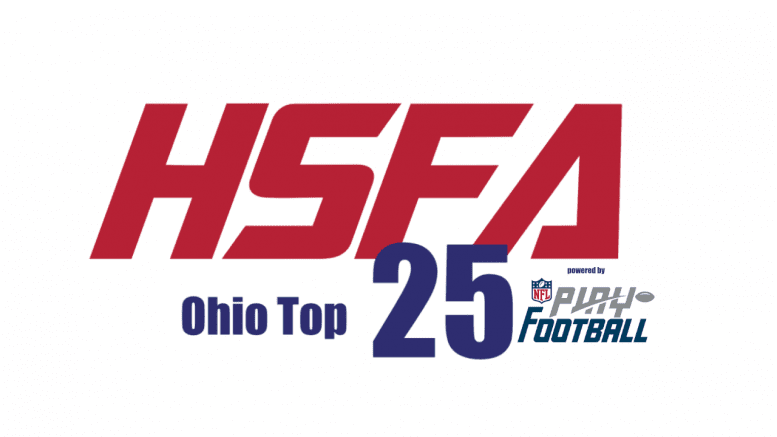 While the High School Football America Ohio Top 25 looks similar to last week’s, if you look closely you’ll see there are some big differences.

At the top three of the top four teams lost last weekend. And, all three lost by one point.

Archbishop Moeller’s surprising overtime win over top-ranked St. Edward moves the Crusaders up three spots to No. 3 this week. Moeller went for a two-point conversion on the last play to pick-up the victory.

Despite the loss, St. Edward remains No. 1 heading into the season finale against No. 8 Archbishop Hoban, the state’s defending Division II champ.

Defending Division I champ St. Xavier remains at No. 2, even after losing to Kentucky’s St. Xavier 33-32.

Springfield suffered its first loss of the season, which pushes the Wildcats down two spots to No. 5. The Wildcats, like St. Ed and St X, lost by one-point (22-21) to Miamisburg, which brought a 5-3 record into the game.

Returning to the statewide rankings, powered by NFL Play Football, is Avon at No. 25.