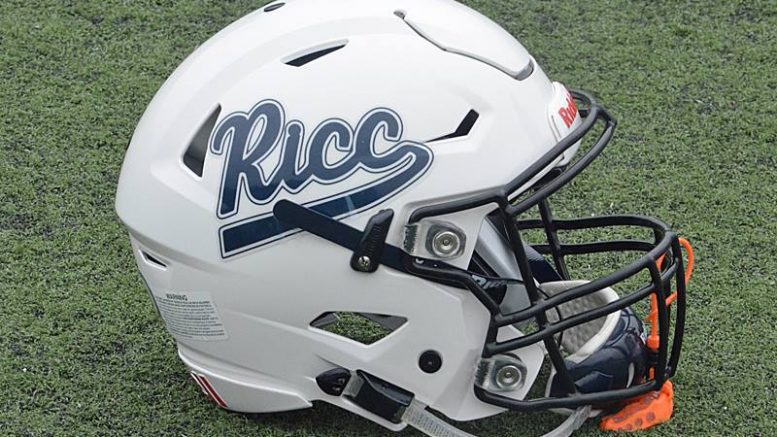 Royal Imperial Collegiate of Canada, a university-prep boarding school in St. Catharines in Ontario, Canada, will play its second year of American-style football in 2017.  And, for the second year in a row, RICC will play every game on the road against American high school football teams.

The RICC Knights 2017 schedule will take the team to different parts of America to play games against teams from Connecticut, Florida, New Jersey, North Carolina, Ohio, Pennsylvania, Texas and Virginia, plus a scrimmage in Kentucky.  Since the team only travels by bus, the players and coaches will log over 6,100 miles for the 2017 season. Last year the team travelled 6,114 miles.

The Knights will have a new head coach this year.  Last year’s defensive coordinator Joe Hagins, who played at Purdue and with the CFL’s Hamilton Tiger-Cats.  Hagins takes-over for his former Tiger-Cat teammate Jeff Brown.

The Knights will have two 24-hour-plus bus trips when they travel to play Brook Hill in Bullard, Texas on September 2nd and Clearwater Academy in Florida in November.

Related: 46 of the top 50 players in CFL are from America