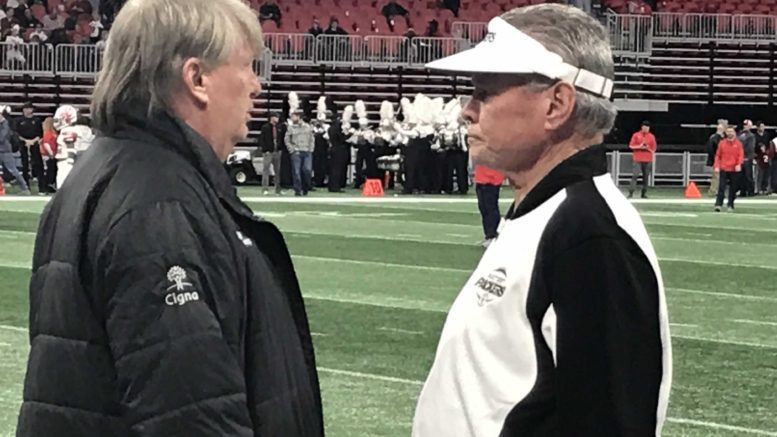 According to ValdostaToday.com, Rush Propst teaching certificate in Georgia has been reinstated. The news came from Propst’s lawyers on Thursday.

Propst is a highly-successful, but highly-controversial coach who owns seven state championship in Alabama and Georgia. He spent 2019 without a coaching job after he was fired in mid-March 2019 from Colquitt County in south Georgia.

Colquitt County Board of Education relieved Propst of his coaching duties after the school conducted an investigation in undisclosed allegations of misconduct.

Propst’s record with the Packers was 119-35 with state titles in 2014 and 2015. The ’15 team was named as the “mythical” High School Football America nation champs.

On Friday, Propst released a statement on his reinstatement that is retroactive to February 21, 2020.

“As I have told the student athletes in my programs year after year, trust the process. I had full faith that when an unbiased individual or group of individuals reviewed the actual evidence without some preconceived result, that I would be vindicated. It took time, but truth prevailed.”

The next question — is the controversial coach going to be Valdosta High School’s next head coach?

Valdosta has been looking for a new coach since Alan Rodemaker was fired earlier this year. Propst’s name has been circulating as someone who some in the community would like to take-over America’s winningest high school football program.

On Friday, Propst told Al.com that he’d “consider it.”

On Monday, I spoke with Phil Jones of FOX Sports Radio Valdosta about the search for a new head coach of the Wildcats on the High School Football America Podcast. You can listen to our chat below.