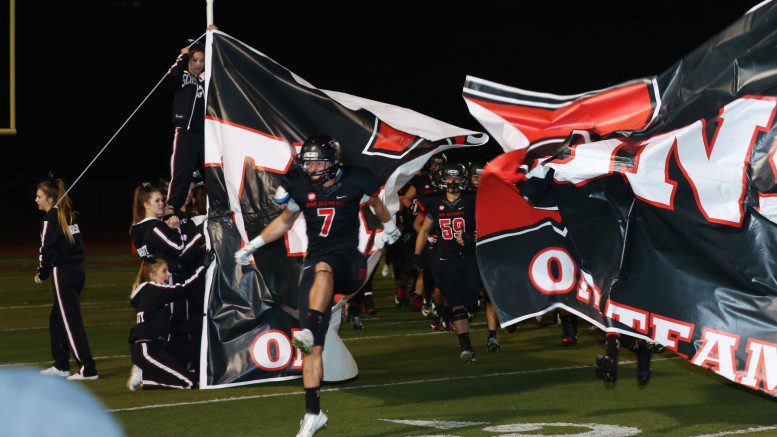 When it comes to producing Division I talent at the quarterback position, San Clemente High School has been at the head of the class for nearly 15 years.

Currently the Tritons have two former QB’s in Division I — Travis Wilson, Utah’s starting quarterback and USC freshman Sam Darnold, who some are saying is ahead of Mater Dei alum Matt Barkley, who started as a freshman for the Trojans.

Prior to Wilson, Chase Rettig, who is now in training camp with the San Diego Chargers, was the man in-charge of San Clemente’s offense.  After graduation, Rettig went-on to Boston College.

Rettig, who transferred to San Clemente for his senior season from La Salle, was preceded by Duke DeLancellotti, who originally attended Cal Poly San Luis Obispo before transferring Texas State for his final two years.

San Clemente’s string of Division I quarterbacks began with Mike Cook, who attended Harvard.  After his freshman year as a quarterback for the Crimson, Cook was converted into a wide receiver.

Earlier this week, I asked current San Clemente head coach Jaime Ortiz what makes the school so special when it comes to QB’s.  You can listen to his answer below.

Ortiz knows it will be extremely tough to replace Darnold in 2015, but he’s excited to watch his growth at USC.

As far as who’s next?