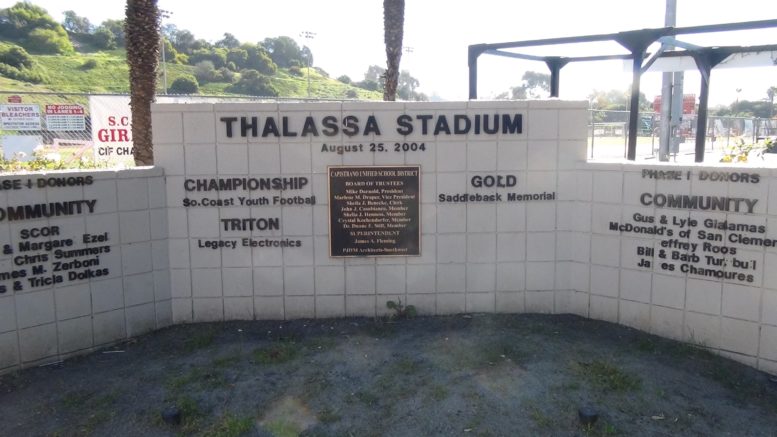 As we know, a lot of high school stadiums are named after either the school itself, a mascot or someone who played an important role in the school or maybe even someone that donated the money to have the stadium built.  San Clemente High School‘s Thalassa Stadium is a bit different. — there isn’t a former player, coach, teacher or community member with the first or last name of Thalassa…at least as far as I could determine.

San Clemente’s nickname is the Tritons — a Triton is a mythical Greek Sea God.  In Greek mythology, Thalassa is a primordial sea goddess.

Thalassa Stadium is also known as the place where the “turf meets the surf,” since the Pacific Ocean is VERY close.

So, do you have any questions why this beautiful facility is called Thalassa Stadium?

Oh, one other thing — you have to try the tri-tip if you go there for a game!