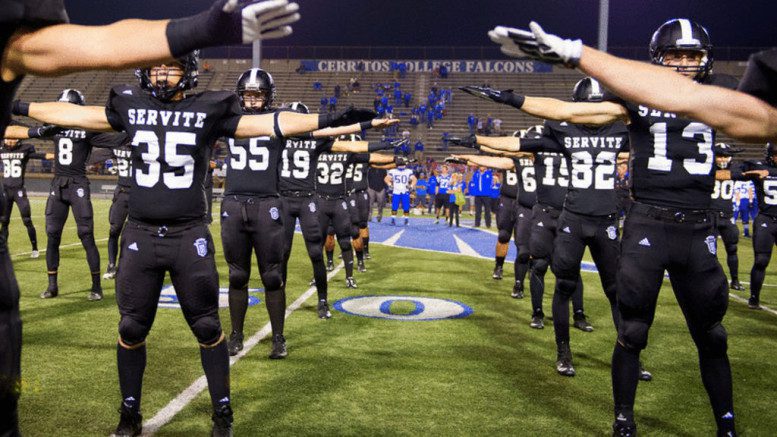 It sort of sounds like a the beginning of a movie trailer — in a world, where no public school wants to play teams from the Trinity League…

You can fill-in the blanks, but basically, it finishes with, the six Trinity League schools must look to other top-notch schools to fill-out their non-league schedules.

While all six Trinity Leagues play tough schedules this year, Orange Lutheran and Servite have the toughest with Servite’s 2015 schedule ranked the second toughest in the nation by MaxPreps.  OLu’s is ranked as the fifth toughest.

Last week, I spoke with Servite’s first-year head coach Scott Meyer, who led Corona del Mar High School to a CIF Division III state title in 2013, about his meat-grinder of a schedule.  You can listen to Coach Meyer’s answer below.

At Orange Lutheran I spoke to quarterback L.J. Northington and kicker/punter Jerry Fitschen about the Lancers’ loaded schedule.  You can hear their answers below.

Go can view all of the Trinity League team schedules below.