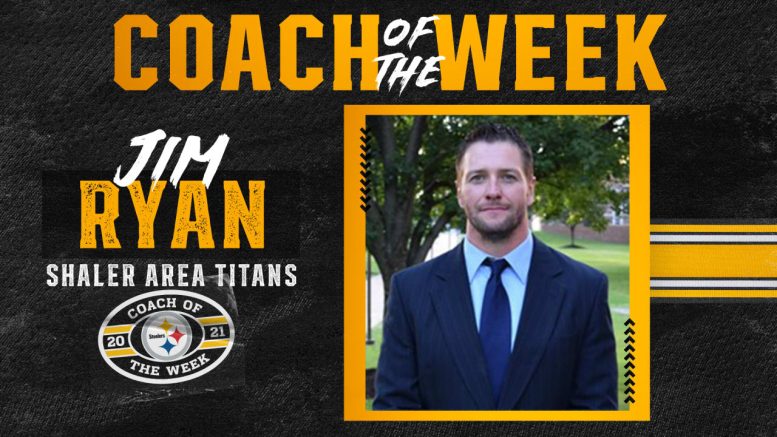 After a 2-0 start, the Pittsburgh Steelers have named Jim Ryan, head coach at Shaler Area High School, as their first Coach of the Week for the 2021 season.

“Just a season removed from posting an 0-7 record, the Titans are off to their best start since 2009! Coach Ryan and his staff have revamped their offense and has the Titans averaging 31 points per game while posting wins over annual playoff contenders Mars and New Castle.  This is the fourth season as head coach for Coach Ryan, who is also a special education teacher in the Shaler Area School District.”

From the Pittsburgh Steelers