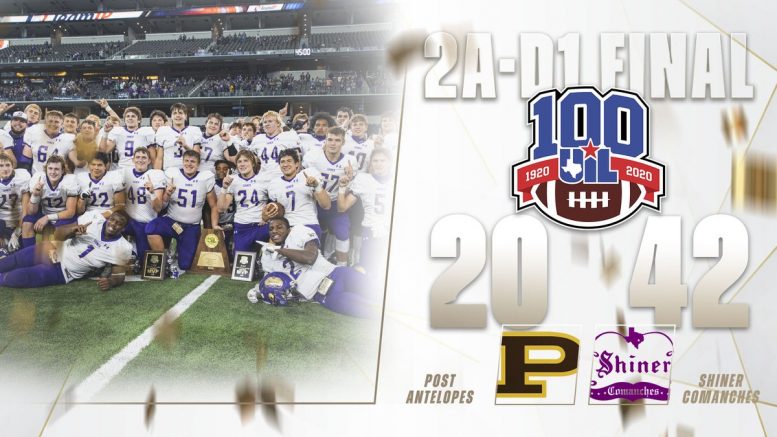 Shiner wrapped-up a perfect 14-0 with a 42-20 win over post to capture the Texas 2A Division I championship at AT&T Stadium, home of the Dallas Cowboys. It was Shriner’s third overall state championship.

Dalton Brooks was named Offensive MVP after finishing with six carries for 55 yards and two touchdowns.

Another Shiner TD?? BROOK IT 😎@king_brooks25 takes it to the house for another TD to give Shiner a 35-20 lead in the third quarter! #TXHSFB | @uiltexas | #UILonFSSW | #UILState pic.twitter.com/nmpKmJeUJm

Doug Brooks was named Defensive MVP after recording three tackles, blocking a punt and recovering it for a touchdown, plus he forced and recovered a fumble that resulted in another Shiner touchdown.