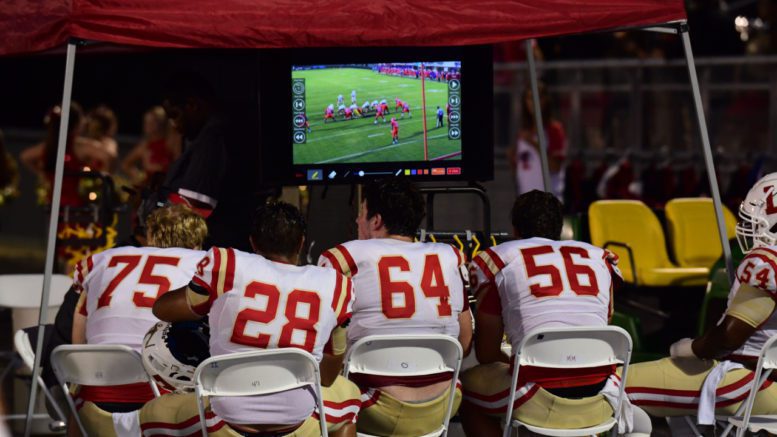 Football today is all about speed. Player speed, hand speed and speed of getting the play call in. Speed kills. The faster you can accomplish things the more time you have to improve in other areas. This is no different when it comes to sideline replay systems.

Some of the other companies boast about fast transfer speeds, but how fast are they when it comes to live game situations?

We sat down with Coach John Weaver out of Madison-Ridgeland Academy in Mississippi who switched from Hudl Sideline to GameStrat to talk about the difference he saw in video transfer speed.

Here is what he had to say:

“When we had Hudl Sideline it took literally 45 seconds to a minute to get the clip uploaded… With you guys, I was on the phone during our spring game and I told our guy filming, I said ‘let me know when you hit record and stop and when you send it to me’. And I was holding the iPad and he said ‘I just sent it’, and I said ‘I got it’. Instantaneously. It was super fast, instant”.

“We were playing in a college stadium and we were on the visitors side, filming from the home press box, and it was that fast… We’re gonna be lightspeed ahead of people being able to get the film that fast”.

“With Hudl Sideline it would take forever, we’d scroll down, push down, to get a refresh, refresh, refresh. And sometimes we wouldn’t even get a series or we would miss a play”.

“The speed capabilities are out of this world and it’s truly an advantage for us because we’re a tempo team, so we want that play now so I can be looking at it and kinda seeing where they are. And that helps us out real time!”

We did a little testing to look at GameStrat’s video transfer speed. No matter the length of the clip it will be on your iPad INSTANTLY. On top of that, having more sideline devices won’t affect your transfer speed! We tested with up to 10 sideline iPads and never saw a decrease in transfer speed.

For a demo, go to gamestrat.com.