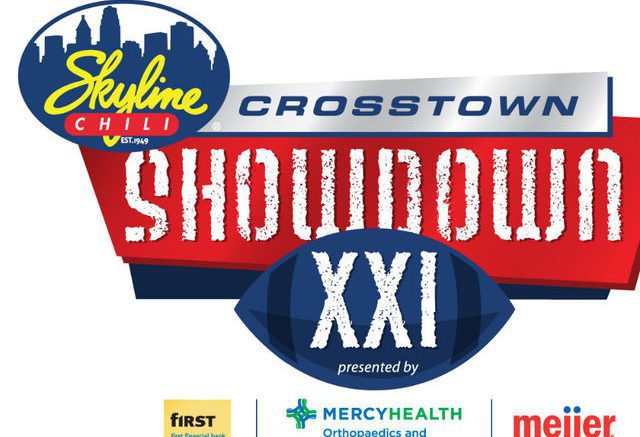 The 21st annual Skyline Chili Crosstown Showdown is loaded with talented teams, including five that are ranked in our Preseason 100. The 22 games will also feature six defending state champs.

The marquee matchup will feature defending Ohio Division I champ Pickerington Central, ranked No. 11 in our national rankings, taking-on defending Illinois 5A champ Phillips Academy, ranked No. 62 in the Preseason 100. The game that will be played at Otterbein University will air on ESPN on August 26.

Another big one will take place on August 24 when No. 81 Colerain hosts La Salle in a top-flight Buckeye State clash. Colerain advanced to the Division I semis last year, while La Salle won three straight Division II titles from 2014 through 2016. The Lancers are in our On the Bubble rankings (No. 101 through No. 125) at No. 107.

That same night, defending Division III champ Trotwood-Madison will travel to Winton Woods. T-W is currently ranked just outside the Preseason 100 at No. 117. Last year, the Rams, who won the Division III state title, finished No. 24 in our national rankings that are created with our proprietary algorithm.

In October, there are two matchups involving Preseason 100 teams. On October 5, No. 83 Elder faces Archbishop Moeller at Nippert Stadium in Cincinnati, while on October 26 it will be the Battle of the St. X’s as No. 67 St. Xavier from Ohio squares-off with the Tigers from Kentucky, who received honorable mention in our national rankings.

Elder is the only team to play in every Showdown. The Panthers own a 17-3 record in the first twenty years of the event..

Everything gets started August 17 with the Indiana/Kentucky kickoff. In Indiana, defending 4A champ East Central plays Lawrenceburg, while in Kentucky defending 5A champ Covington Catholic plays Ryle.