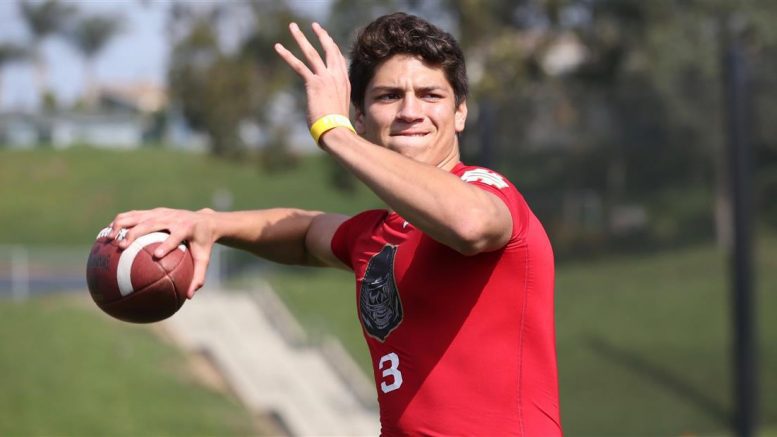 Mike Guardabascio of the Long Beach Press-Telegram is reporting that senior-to-be quarterback Matt Corral has enrolled at Long Beach Poly (Long Beach, CA), one week after withdrawing from Oaks Christian (Westlake Village, CA). Corral, who has given his verbal commitment to USC, is a 4-star college football prospect, according to 247Sports.com, which currently has him ranked as the No. 2 Pro-Style quarterback in its latest composite rankings.

Last week on Twitter, Corral announced on Twitter that he was leaving Oaks Christian.  Last year, Corral threw for 3,188 yards and 25 touchdowns.