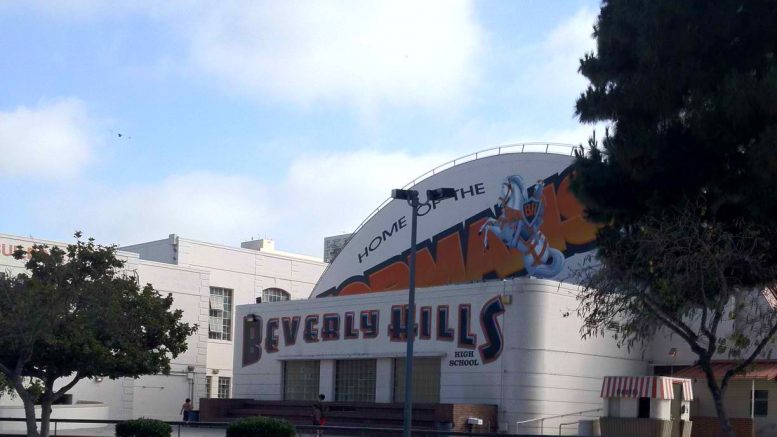 The school’s nickname — the Normans — is one of the more unique names in the nation.  The nickname comes from the Normans, who were people that lived in the 10th and 11th centuries.  The Normandy region in northern France draws its name from the Normans.

Another unique aspect to the school is it’s built on an active oil field. Wikipedia states that in 2006, the wells were pumping 400 to 500 barrels per day, which resulted in the school receiving $300,000 per year in royalties. In the middle of this picture you can see that actual oil well that is located behind the grandstands at Beverly Hills High School.