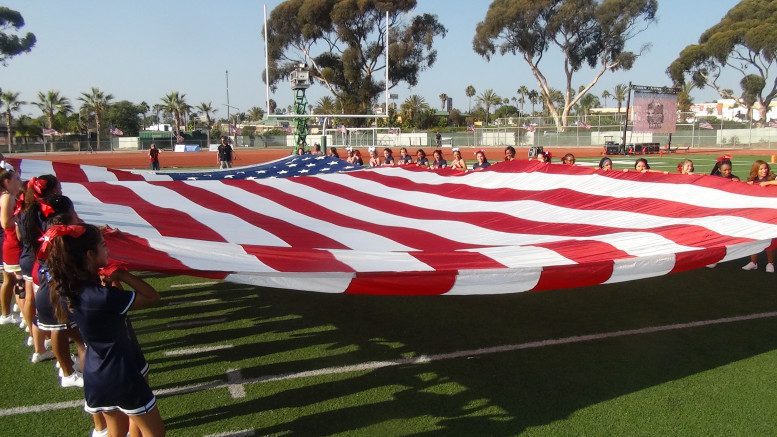 For the first time since we began releasing our Top 25 Media Compilation Poll earlier this month, Bishop Gorman‘s (Nevada) lead has shrunk.

The Gaels remain the #1 team, but St. John Bosco‘s (California) impressive win in New Jersey last week over St. Peter’s Prep moved the Braves higher in three of the five polls, giving them 116 total points, which reduced Gorman’s led by a point from last week.  NationalHSFootball.com and PrepNation.com have had Bosco #1 in their respective polls, since the preseason.

Moving up two spots this week is Corona Centennial (California), which was idle last weekend.  The Huskies were helped-out by former #2 St. Thomas Aquinas‘ (Florida) fourth quarter come-from-behind 36-28 win over Hallandale (Florida).  Aquinas drops from #2 to #4.

For the second week in a row, Allen (Texas) and DeMatha (Maryland) flip-flopped.  DeMatha moves into the five hole, while Allen drops to #6.