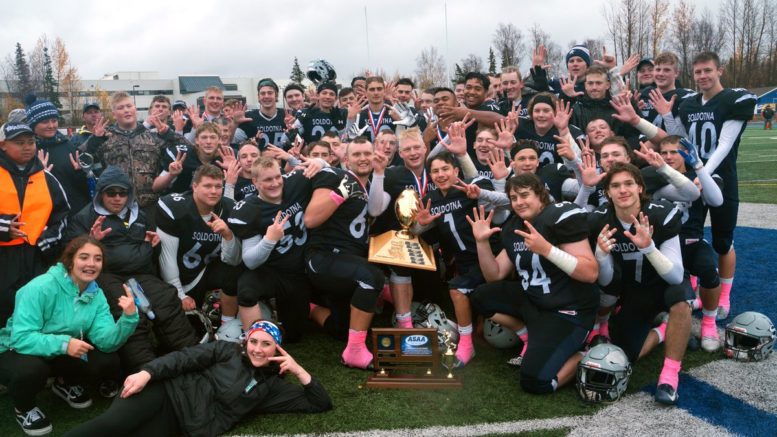 Soldotna saw its 59 game win streak snapped on opening night, but when the curtain fell on the Division II season on Saturday, the Stars were in a familiar position.

The Stars captured their seventh straight championship with a 46-14 victory over Eagle River in the Division II championship game. Soldotna used its usual hard-nose run game to amass 285 yards in the victory.

Soldotna has now won 11 overall state football championships with ten of them coming under the direction of Galen Brantley, Jr.

Soldotna finishes 9-1 with a nine game win streak, having won 68 of its last 69 games.