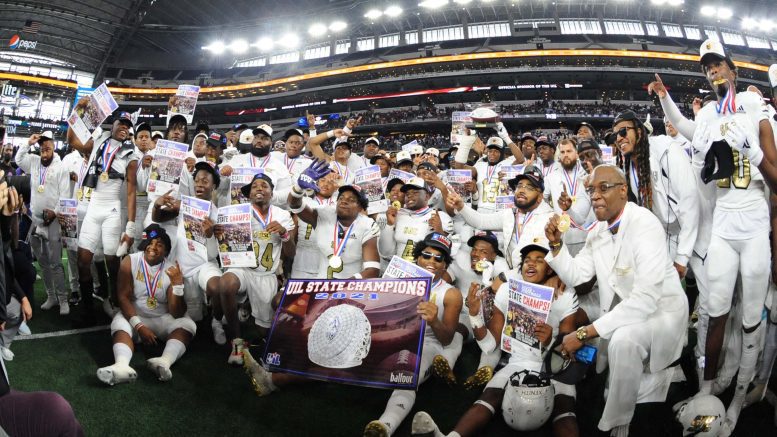 The wait is over for a high school football team from the Dallas Independent School District to win a state championship. Saturday, South Oak Cliff beat Liberty Hill 23-14 to win the Class 5A Division II championship at AT&T Stadium, home of the Dallas Cowboys.

SOC’s title is the first by a Dallas ISD team since 1958.

Over 40,000 fans watched quarterback Kevin Henry-Jennings throw for two touchdowns that helped him earn offensive MVP honors. The future SMU Mustang completed 13-of-23 passes for 144 yards, plus he ran for 13 yards.