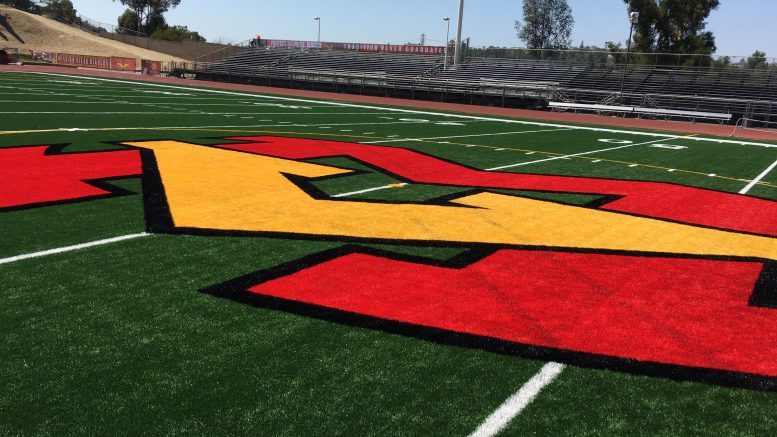 Coaches coach, and that’s what Mission Viejo (California) head football coach Chad Johnson is trying to do with California state officials. He’s written a letter “coaching” them on the proper amount of time a high school football team needs to get ready for a season.

Mission Viejo is part of California Interscholastic Federation’s (CIF) most powerful section, the CIF-Southern Section, which has set December 14 as the first date for the first practice for the regular season that starts January 7-8, 2021. Johnson disagrees on the amount of time being given to get ready for the season, which has been completely turned upside down during the coronavirus pandemic.

Practice is a prerequisite to player safety, but only when it replicates the full intensity of in-game competition. This means eliminating pods, distance limitations, and restrictions on physical contact so that full and customary practices may begin no later than November 9, 2020.

The letter also appears on change.org, which you can sign by clicking here.

Below is the entire letter:

In a different time, the fall season of high school sports would be drawing to a close; league titles would be decided and the playoffs would beckon. But, as we can all agree, these are not ordinary times. Instead, fall athletes will return in January 2021, but to resume play, no matter our sport, we must begin with practice. Practice is not something that simply fills the days between competition, it is the process by which we learn our positions and prepare our bodies for the vigors of athletic competition. Practice is a prerequisite to player safety, but only when it replicates the full intensity of in-game competition. This means eliminating pods, distance limitations, and restrictions on physical contact so that full and customary practices may begin no later than November 9, 2020.  The January start of the season will come and go without games if our coaches and districts do not believe we have had enough practice so to compete safely, and that would be a tragedy because now, more than ever, high school students need high school athletics.

COVID-19 has disrupted our educations and isolated us from our peers and our routines. Austin Beutner, the superintendent for the Los Angeles Unified School District has acknowledged that “many students are struggling and falling far behind where they should be” and Francesca López, Ph.D., an educational psychologist and the Waterbury Chair of Secondary Education at Penn State University’s College of Education, declared, “a traumatic event” that requires decision-makers “to prioritize mental health“ before concluding that “We can’t focus on academics without considering the whole child.”

We know that when students participate in education-based or co-curricular activities, we can flatten the disruption and bridge the disconnect caused by COVID-19. The National Federation of High School Associations maintains an exhaustive list of the benefits of participating in school-based activities here. Among the findings on this site are the following:

-“athletes earned higher grades, graduated at a higher rate, dropped out of school less frequently, and scored higher on state assessments than did non-athletes;”
-“sports participation promotes identification with school and school related values, such as doing well academically; pro-educational social norms among teammates and coaches; and academic requirements for participation;” and
-“school extracurricular activities were positively associated with adolescents’ friendships, both supporting existing friendships and developing new ones.”
It is not just about the games; it is a proven way to, as Dr. López prescribes, consider the whole child, and we know it works.

Club teams and private training are not substitutes for high school sports. They lack the same cultural variables that make the aforementioned benefits possible. They are also expensive and for many families, cost-prohibitive. Writing for the New York Times in 2014, Cornell Professor Kevin Kniffin warned that “the privatization of competitive youth sports would also create the largest barriers – and cause the greatest long-term losses – for those whose families are not able to bear the costs of participation outside of the public school system.” We need a return to athletics for all high school students.

Without diminishing the seriousness of Covid-19 to vulnerable populations, the re-opening of California schools bears out what the data has been showing for quite some time: this is not a virus that poses a significant threat to high school students. On the contrary, California’s Health and Human Services Secretary Dr. Mark Ghaly has stated that “(w)e have not seen a connection between increased transmission and schools re-opening for in-person learning.” Similarly, there is an absence of evidence that there is a connection between increased transmission and the many high school athletes continuing to compete in passing league tournaments, club sports and travel baseball teams. How would high school sports be any different?

More than thirty states have already resumed high school athletics. Let’s learn from their experiences and adopt their best practices. We appreciate that there may be bumps along the road, but we are resilient. What good athlete isn’t?

COVID-19 has already taken so much from us, do not allow it to unnecessarily take any more. Do not allow the cure to be worse than the disease. Please, for the benefit of the more than eight hundred thousand participants in CIF sports, remove the impediments to the practices we need to prepare for the upcoming season and LET US PLAY.

PREVIEW: No. 32 Mission Viejo ready to battle No. 41 Long Beach Poly in SoCal