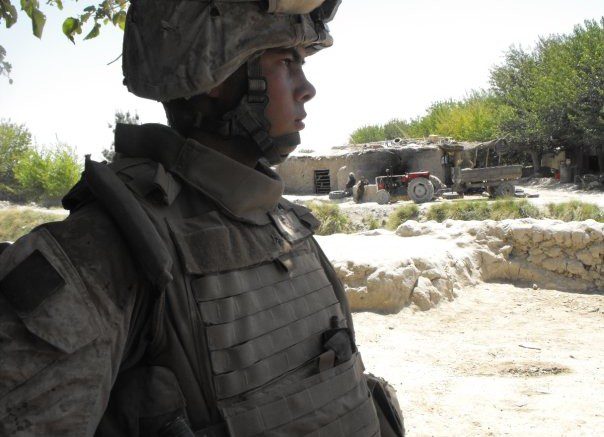 The San Clemente and Tesoro football programs and their students are collecting socks for for the U.S. Military to be donated in in memory of former Tesoro student Donald Hogan, who was killed in Afghanistan in 2009.

When San Clemente and Tesoro, two teams in the High School Football America/SoCal Top 25, meet Friday night in Southern California, there will be two competitions going on.  Of course, there will be the battle on the field between the two rivals, but the schools are also competing to see which can collect the most socks that will be donated to our nation’s military, which I’ve been told, goes through socks very quickly.

Twitter Fans! We need your help with our “Socks for Heros” Each $1 donated = a new pair of socks for our troops http://t.co/b7mGiRD0ox

The sock drive, known as “Socks for Heroes” began last year.  The goal is to collect 10,000 pairs of brown or black cotton socks that will be donated to the U.S. Military in memory of former Tesoro student Donald Hogan, who was killed in Afghanistan in 2009.  Donald and his family were also residents of San Clemente.

“This event allows both programs to give back to our troops,” said Jaime Oritz, San Clemente head coach.  “While the game itself is a big event between two quality programs, the fact that we can send socks over to those protecting our freedom is a bigger deal.  It helps teach our kids that it is not always about us and helping our troops is just one step in the process.” “The sock drive is important because we are honoring a hero, my former student, Donald Hogan,” said Matt Poston, Tesoro head coach.  “This young man gave his life for our country.  By participating in this sock drive we are showing our players it’s not hard to make a positive difference and in this case we are supporting those who are defending us.  It’s also important for our kids to realize that while the football game is a big deal, there are things like this that are much more important.  Tesoro & San Clemente both win by participating in this.”

The two schools have been collecting socks all week and want fans to bring socks to Friday night’s game at Tesoro.  If you can’t make it to the game or live elsewhere in America, you can still help by making a donation at either tritonfootball.com or tesorofootball.com.

Last year, Tesoro not only won the game, but also the sock drive.  As of Friday morning, the Tesoro website noted that they were leading in the sock drive, having raised nearly 600 more pairs, but there’s plenty of time to go.

The winner of the sock drive will be announced at halftime.

Congratulations to both schools for helping student-athletes understand that football is more than a game.