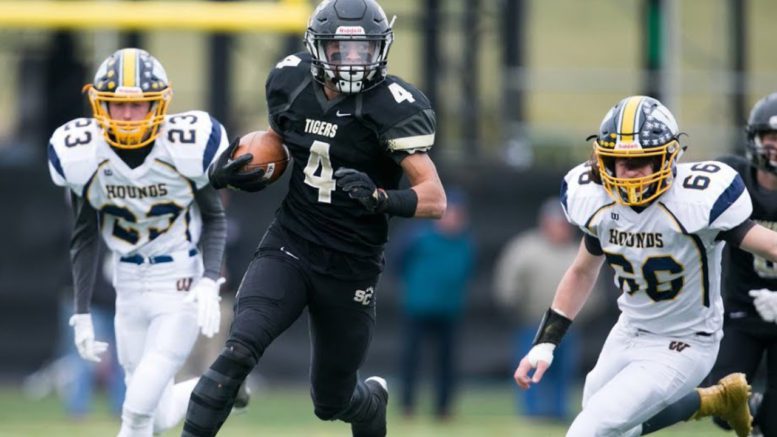 Fleming closed-out an outstanding scholastic career by leading Southern Columbia to its third straight Pennsylvania Class 2A state championship in December. Fleming, who also named the Gatorade Pennsylvania Player of the Year as a junior and senior, finished 2019 with 72 catches for 1,572 yards with 23 touchdowns. The No. 4 overall college football recruit in the Class of 2020, heads to Ohio State University as Pennsylvania’s all-time leader in receptions and receiving yards.

Fleming is the third Pennsylvania high school football player to win the award, which has been won by future Heisman Trophy winners Kyler Murray (Allen HS, Texas in 2015), Derrick Henry (Yulee HS, Florida in 2013) and Johnny Manziel (Kerrville Tivy HS, Texas in 2011).  The other Pennsylvania winners are Terrelle Pryor of Jeannette High School for the 2007 high school football season and Austin Scott of Parkland High School for the 2002-03 sports season.

Below you can hear what Fleming’s head coach Jim Roth had to say about his star on the High School Football America Podcast at the end of July.