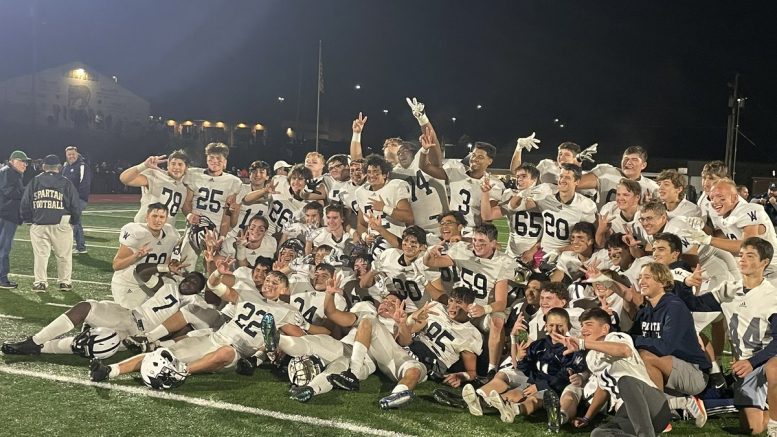 The longest active high school football win streak in America is no more.

Matthew Kramer forces a Blake Wose fumble, and Drew Eisenhower scoops it and strolls 70 yards the other way to extend Wyomissing’s lead to 31-14 with 13 seconds left in the first half.

The definition of a momentum killer. pic.twitter.com/buDdRCBbKH

A win the Wyomissing Spartans will remember for a very long time. pic.twitter.com/BAI3eDrKVS

Southern Columbia has finished the last three seasons as the No. 1 team in the High School Football America Small Schools national rankings.

Southern Columbia owns a state record 11 state championships. The Tigers will be trying to win their 5th straight later this fall.