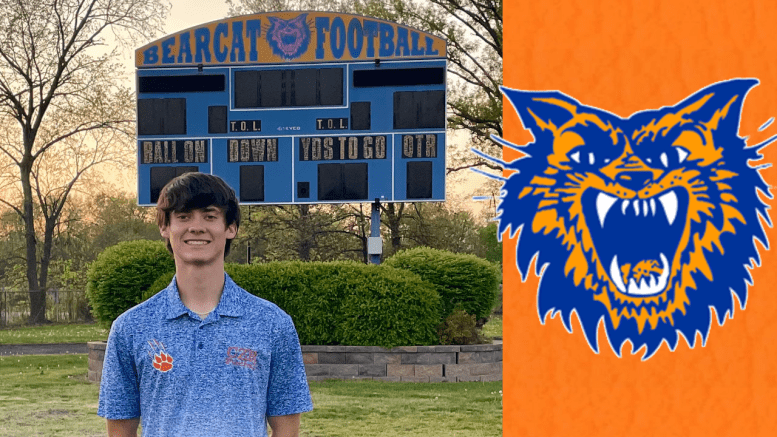 20-year old Grant Gordon is the new head coach at Christopher-Zeigler-Royalton co-op high school football program in southern Illinois. Three years ago, Gordon was the starting quarterback on the team.

According to our research, Gordon may be the youngest ever to be a high school football head coach in America.

Gordon takes-over for Anthony Hargrove, a former NFL defensive end. Hargrove was drafted in the third round of the 2004 NFL Draft by the St. Louis Rams. He resigned from Christopher-Zeigler-Royalton earlier this year after serving as the Bearcats head coach for the last five years.

Hargrove is now a defensive line coach at Limestone University in South Carolina.

Below, Gordon talks about being the country’s youngest high school football head coach and the advice that Hargrove gave him about the job.